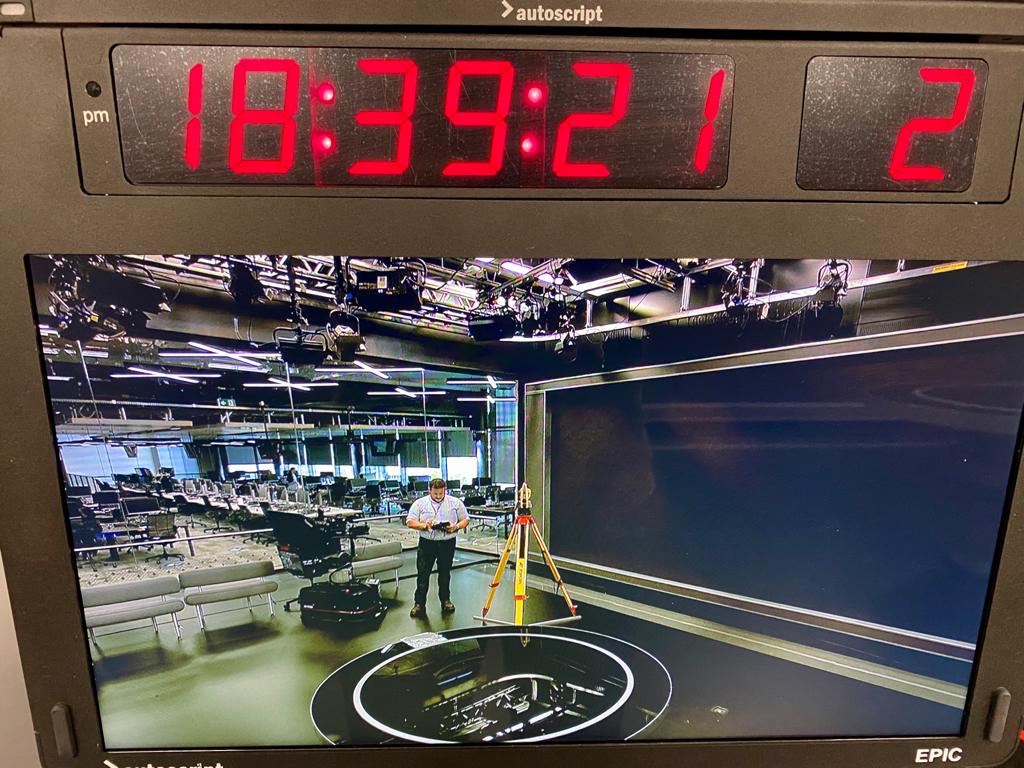 September 2020: The BBC’s new corporate HQ in Wales played host to the incoming Director General Tim Davie for an internal broadcast on strategy, but almost as important to the BBC’s output in Wales was the evening visit of Nick Russill and Andy Clifton from TerraDat. Whilst the company are more used to working outdoors with big civil engineering projects, their skills and expertise are very useful in film and television, especially when integrating CGI and real-world sets.

Studio 2A in Cardiff has been designed and built with the express aim of using tracked and robotic cameras. It also has one of the biggest permanently installed video walls in a TV studio. The news graphic design team found that during creating 3D assets for the studio, there was some variance between the design drawing and the final studio build, meaning that it is challenging to accurately position augmented reality objects (can be done, but there are restrictions, especially when panning and crabbing the robot cameras). This is due to the lens deformation at the edge of the lenses.

An accurate 3D scan and subsequent model will allow the BBC to plan exact positions for augmented graphics and increase the range of panning before any drift becomes apparent. It will also help the BBC fine-tune the studio for special events in the future.